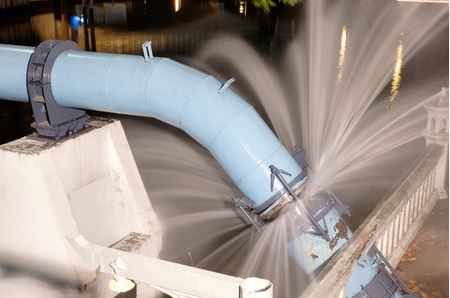 If you asked the average person why pipes burst inside of a home, they would probably suggest freezing as the likely culprit. That’s because cold temperatures are one of the top causes of burst pipes. But it’s important to remember that homes located in warmer climates can also be subjected to burst pipes, and there are actually several causes for them. You can prevent the pipes in your home from bursting by educating yourself about these causes and doing your best to steer clear of them.

In the same way that extreme cold temperatures can lead to plumbing problems, extreme heat can also cause burst pipes in a home. Soil is much looser when it’s very dry as opposed to when it’s moist, and this can give pipes an opportunity to shift around. This won’t necessarily affect the pipes located inside of your home, but it can affect the pipes that run from your home out to the street. This can lead to a cracked or burst pipe underground, reducing water flow to your house, potentially exposing your plumbing to ground contamination and creating a possibly expensive repair.

Another factor in pipe bursts is the volume of water that you use, which is one reason why you may hear requests for you to cut back on your water usage when it’s very hot outside. An increased demand on your pipes can also lead to burst pipes. When it gets warm out, you may attempt to fill up your pool, water your lawn and wash your car all at the same time, but this heavy water usage can put a strain on your plumbing system. If your pipes have any weaknesses, this increased volume can strain those connections and lead to burst pipes.

Finally, clogged pipes can also lead to burst pipes if you don’t take care of them. These can occur from multiple sources, from sewer backups that can lead to huge messes to water pumps that can clog and cause pressure to build up in your system. If you’re having pressure problems or drainage issues, you should reach out to a plumber to diagnose and clear the problems so that it doesn’t lead to burst pipes.

If the pipes in your home or near your home burst at any time, it could lead to a very expensive cleanup and a costly repair. You can avoid this by working with a trusted plumbing company and caring for your plumbing system before you run into major issues.  Since 1987, Tonkin Plumbing has helped residents throughout Riverside, Corona and the Inland Empire with their home plumbing issues and repairs. The next time you need an experienced plumbing professional, give Tonkin Plumbing a call at 951-784-7586.

Pinterest
← 10 Tips to Keep Your Drain Lines Clear
Remodeling the Kitchen: How an Update May Require New Plumbing →