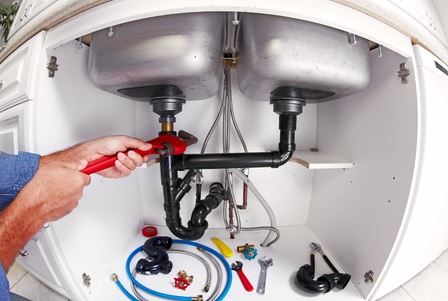 Calling a plumber is not something you think about—until you have an issue that you really need fixed right away. After all, water pipes, sinks, tubs and faucets are ubiquitous and sometimes they have problems the average person doesn’t know how to fix.

Did you know that the average homeowner needs a plumber once every three years or so? What are the most common reasons people call a plumber?

For starters, dripping faucets cause people to call a plumber. People don’t like to waste money and a dripping faucet is just wasting water that someone has to ultimately pay for, right? A dripping faucet that goes unfixed can not only cause a huge water bill, but also lead to flooding and ensuing mold problems if not attended to in a timely manner.

Related to dripping faucets you’ll hear plumbers tell you that they get plenty of calls about running toilets. A person flushes the toilet but it doesn’t seem to stop running, and it makes a noise that sounds like it has a hiccup or a splashing waterfall happening somewhere. Whatever the sound, it bothers people and they want it fixed.

Those with a lot of hair are likely to call a plumber to come fix a slow or clogged drain. When stuff “gunks up” the drain, plumbers come to the home to get rid of whatever’s the culprit. An accumulation of hair is typically it, of course, but problems can also be caused by paper towels, cigarette butts, banana peels… you name it, it has probably been stuck in a drain! Plumbers deal with a lot of gross stuff.

The tried-and-true problem of leaky pipes is a major reason plumbers are called. Also, if and when the water doesn’t seem to heat up like it’s supposed to, or the water pressure is unusually low, people are likely to call a plumber to come take a look and help them figure out why things aren’t working as intended.